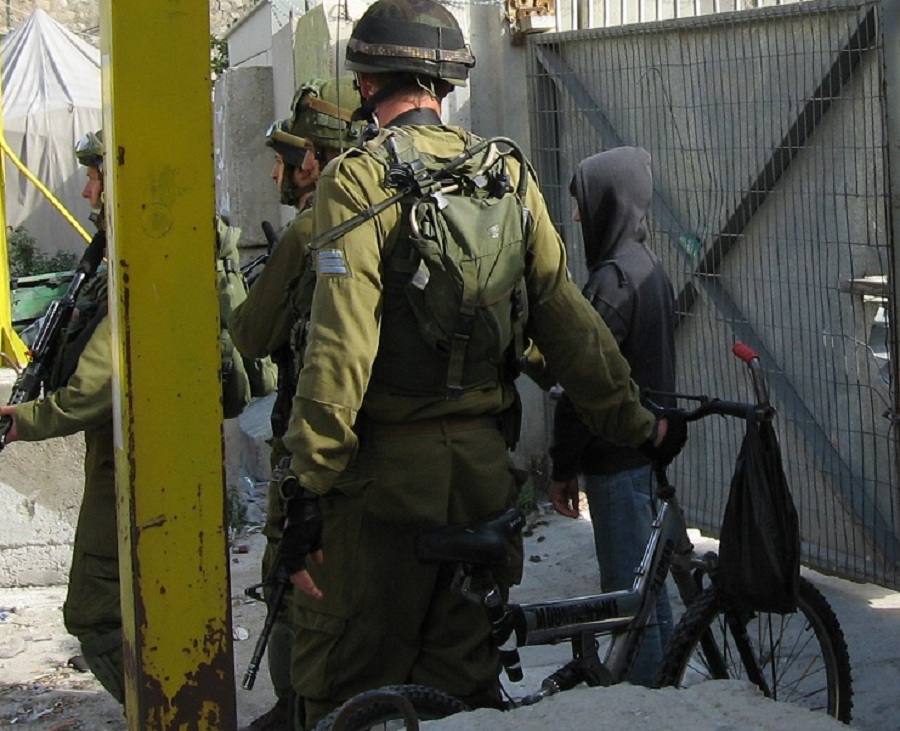 At 4:15 PM soldiers arrested a 12 year old Palestinian boy as he rode his bicycle through Bab il Baledeyya near the entrance to Hebron’s Old City. The soldiers brought the boy into the military base at Beit Romano settlement and held him for about one and a half hours.  They then walked him to checkpoint 56 where they turned him over to the Palestinian Authority.  The soldiers claimed the boy had thrown stones but witnesses told international observers that the soldiers were mistaken and the boy had not thrown stones or done anything to provoke the soldiers.