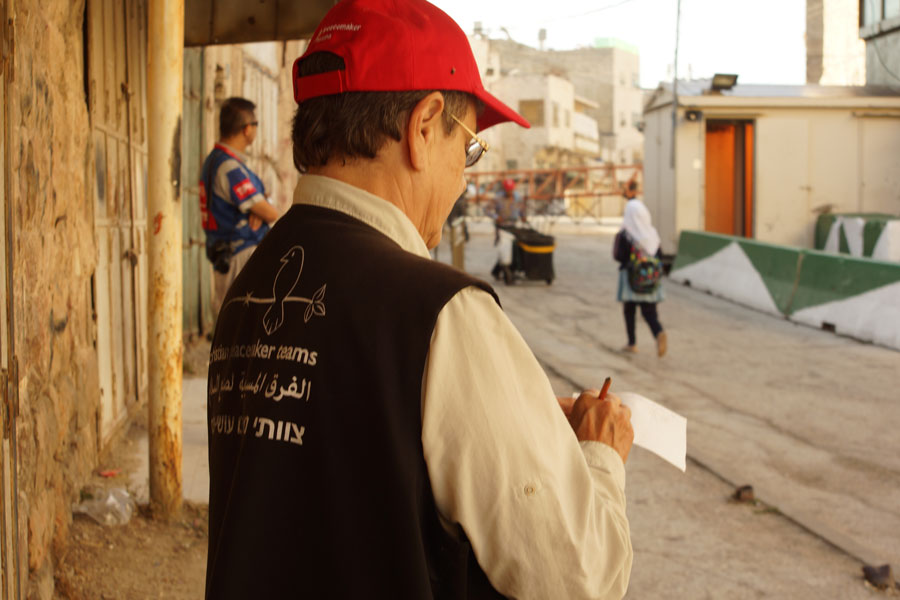 Christian Peacemaker Teams (CPT) provides an ongoing protective presence for eight schools and two kindergartens located between four checkpoints[i] in the Old City of Hebron. This report covers the period from 24 January 2015 to 28 May 2015 in the above mentioned areas. These are considered some of the most vulnerable locations, as is noted in the UN document: Protection concerns and humanitarian impacts of settlement activity in Hebron City (H2).

During the previous reporting period of September 2014 to January 2015, CPT had raised a concern regarding Israeli forces violating children and students’ rights during their daily walk to school. These concerns were: use of military force, school raids, injuries caused by excessive inhalation of tear gas, and school closures.

In the second semester (the recent reporting period of January 2015 to May 2015), CPT noticed a decrease in the Israeli military’s use of force, school closures, and detention. For example, in December 2014, Israeli forces used 100 teargas canisters, while in the subsequent four month period they used 112.

The local community was very active during this period of time by being present near 29/Salaymeh CP, assuring kids go to school safely.

Although there is a decrease, the violations of human rights and children’s rights exist, and these violations are still part of the daily life for school children and teachers.

Usually, the number of students and teachers passing through the checkpoints in this area is 277 boys, 147 girls, and 22 teachers.

The main violations that happened were in the following categories:

The peak of the Israeli Border Police and soldiers use of force was in February at Qitoun/209 and in March at Salaymeh/29. This might be because of the changes in Border Police, and that the Golani Brigade started serving in Hebron. The Golani Brigade has a brutal history in Hebron and in the school area, which CPT documented in the following report: Under Attack: Golani Brigade’s war on the Palestinian population of Al-Khalil.

The main injuries that happened during this period of time were the excessive inhalation of tear gas.