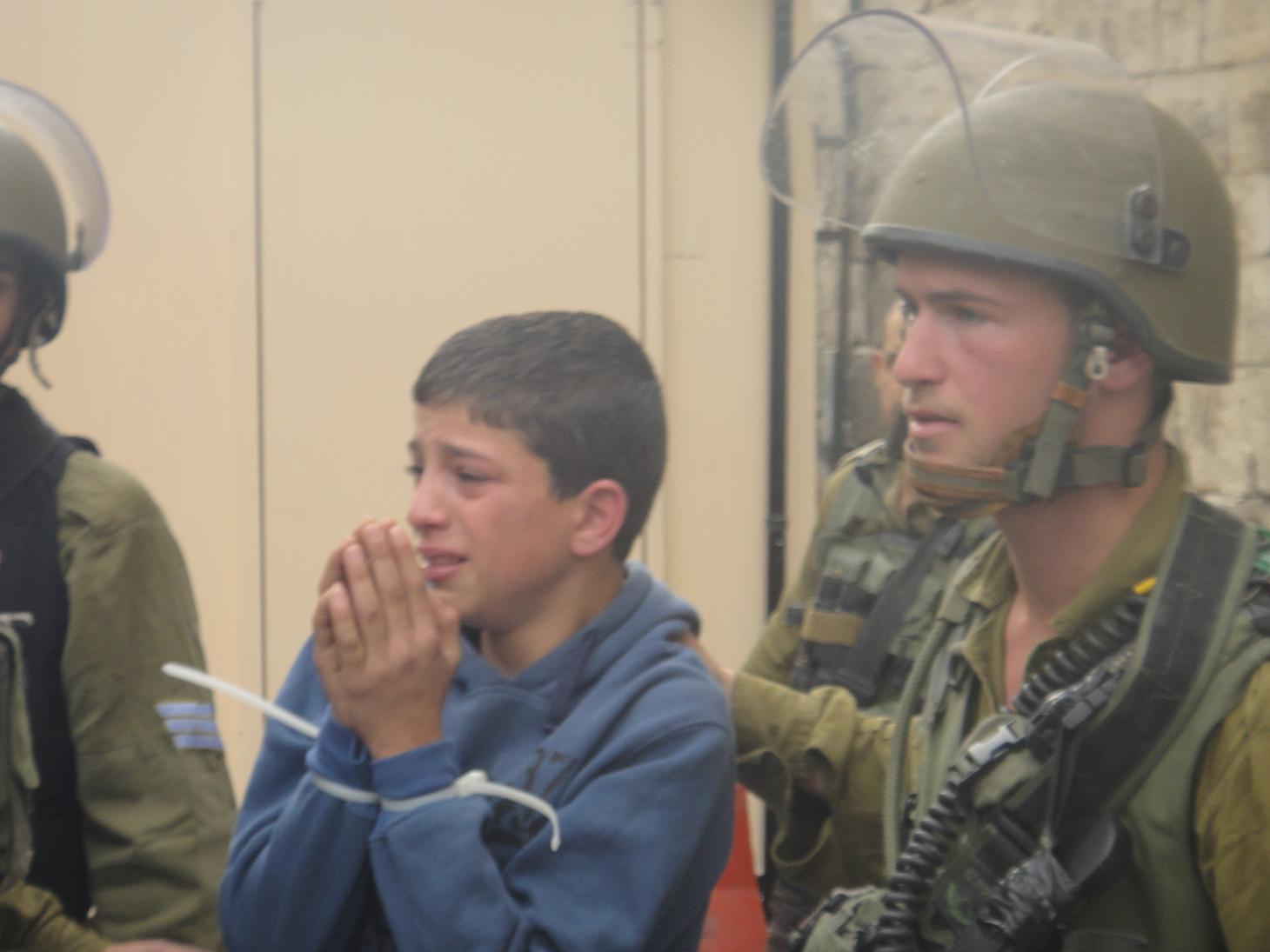 OCCUPIED CHILDHOODS Impact of the actions of Israeli soldiers on Palestinian children in H2 during February, March and April 2013

A newly released report compiled by internationals working in the West Bank city of Hebron documents an alarming rate of abuse of the rights of children.  Human rights workers in H2, the portion of the city under Israeli military control, have witnessed 47 detentions or arrests of children age 15 and under by soldiers since the start of February.   Other violations documented in the report include conducting war training when children are present, delaying children and teachers as they pass checkpoints to access schools, detaining children in adult facilities, questioning children without the presence of an adult, and blindfolding children in detention.

Occupied Childhoods: Impact of the actions of Israeli soldiers on Palestinian children in H2 (Occupied Hebron) during February, March and April 2013  documents the alarming regularity of soldiers violating    the rights of children to access education, to play, to have   a parent, guardian or lawyer present when detained, and to move freely on their streets.

Documentation in the report was collected by three human rights organizations working in Hebron.  Christian Peacemaker Teams, International Solidarity Movement, and Ecumenical Accompaniment Programme in Israel and Palestine all maintain teams in Hebron in order to provide protective presence and documentation in civilian neighborhoods.

The arrest on March 20, 2013, of 27 children outside a Hebron Elementary school has drawn attention to the extreme vulnerability of children living in occupied Hebron.  Human rights workers in the city point out however that the mass arrest is far from an isolated event.    All of the children in the neighborhoods in and around Hebron’s Old City must pass through military checkpoints to reach school, clinics and markets.

The report calls upon Duty Bearers to assure the human rights of children are respected.  As Occupying Power the State of Israel is responsible for abiding by international law and for protecting the specific rights of children.   Rights workers in Hebron call upon relevant UN agencies and NGOs to carry out their mandate by providing protection for children, and to pressure the State of Israel to change its policy   vis-à-vis children in the Old City and H2.

In releasing the report human rights workers in Hebron have call upon consulates, churches and human rights organizations to formally protest the human rights crisis faced by children in  Hebron and demand that the rights of children be protected.