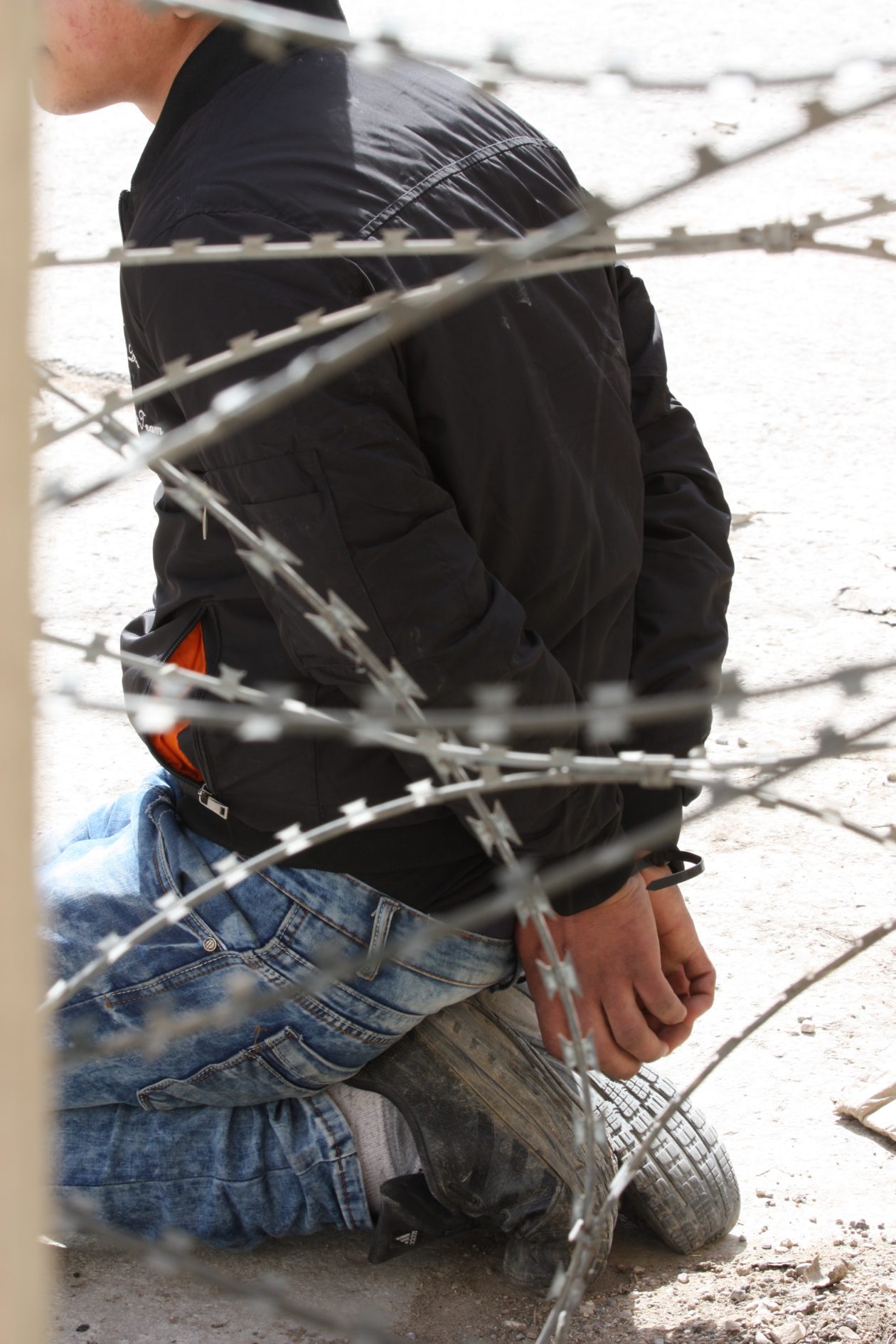 Reflections from a CPTer – Another Child Arrest

How do you live through your child being arrested?
How does a child reintegrate into society after spending time in prison? In Israeli military prisons?

He was one of the teenagers arrested back in Summer. 16 years old, he was considered an adult under the Israeli military court system, but under international law, he is still regarded as a child. I remember the night he was arrested. I was on my days off at a Palestinian concert with my colleague. The two of us had a great time at the concert. But on arrival back at our hostel that night, we found out the news; that this 16-year-old, one of the boys we saw each day as we went about our work, was arrested. He was one of the 300 Palestinian children imprisoned in Israeli military prisons in June 2017.

But here we were, eight months later, standing at Bab el-baladyeh waiting with his family and friends for his arrival. After eight months in Israeli military jail, regarded as an adult, he was coming home.

His younger brother, 14 years old (who was previously imprisoned in Israeli military prisons), was filled with joy. Running around the area, smiling and waving a Palestinian flag. I’ve never seen him so happy before. His father was sitting there, quiet; he seemed full of nerves.

But then, there he was. His friends and family, rushed to him. He greeted them all, his father and brothers first. And then his older sisters, one sister with a baby in her arms. And they didn’t let go. And they began to weep. There, in the middle of the street, outside of the Israeli military base, the same place in which he was ripped away from his family.

When I got home that evening I couldn’t stop thinking about all the dynamics at play, around children being arrested. The pain of it, and how the pain is for the different members of the family, the friends and the community. The arrest of one child effects a whole community. And I couldn’t stop thinking of how raw this pain is, and how it will probably always be so raw.

Sometimes the cruelty, the violence and the inhumanity of the occupier is so overwhelming. On this night my mind kept thinking about how a family, and a child, are meant to cope (handle/live with) the same soldiers, the same occupying military force, still in their streets, in their neighborhood and in their homes. After all the pain. After all the trauma. After all that has happened, the distancing it creates between a child and their parents. After all this child and the family have been through, they cannot escape. They are reminded daily, of what the Israeli military are capable of and the extent to which the military personal will go to; the torture, the violence, the interrogations, the arrests, the handcuffs, the physical and psychological abuse.

His welcome party is in front of that military base, the one that imprisoned him, his brother and his friends. The very base that terrorizes the community.

The next morning I saw his youngest brother, a four year old child. He was being hilarious, trying to karate fight with my colleague. But my colleague was unaware, so I tried to speak with him. I said “your brother is home!” with a huge smile on my face. He just looked up at me, didn’t respond to what I said, and proceeded to try and karate fight me. What did he think of his brothers arrest? How did he experience his brothers absence? How did he feel? What did he notice and feel in his family? What does this young child know of the arrest of his brother? Did he witness it? How does he feel the worry, pain, heartbreak of the family?

I now see him each day, walking in the streets, working, sitting with his friends. It’s so beautiful to see him back home. But, how does he live through this? How does he move on? how does he make sense of it, when it doesn’t make any sense? How does he accept what has happened when it is so unjust, violent, inhuman and illegal? How does he, as an individual, another number in the list of countless of hundreds of children imprisoned in Israeli military jail, how does he let go? How does he find joy again? Safety?

How does a community move on from a child imprisonment and arrest? How do the generations cope with this psychological and physical abuse?

See Defense for Children Palestine’s video on child arrest in Palestine and hear from 4 children as they talk of their imprisonment and reintegration, of lack thereof, into society:

In the final video in this 4-part series on Palestinian children's experiences under Israeli military detention, former child detainees talk about life after release.

Posted by Defense for Children International – Palestine on Wednesday, February 21, 2018