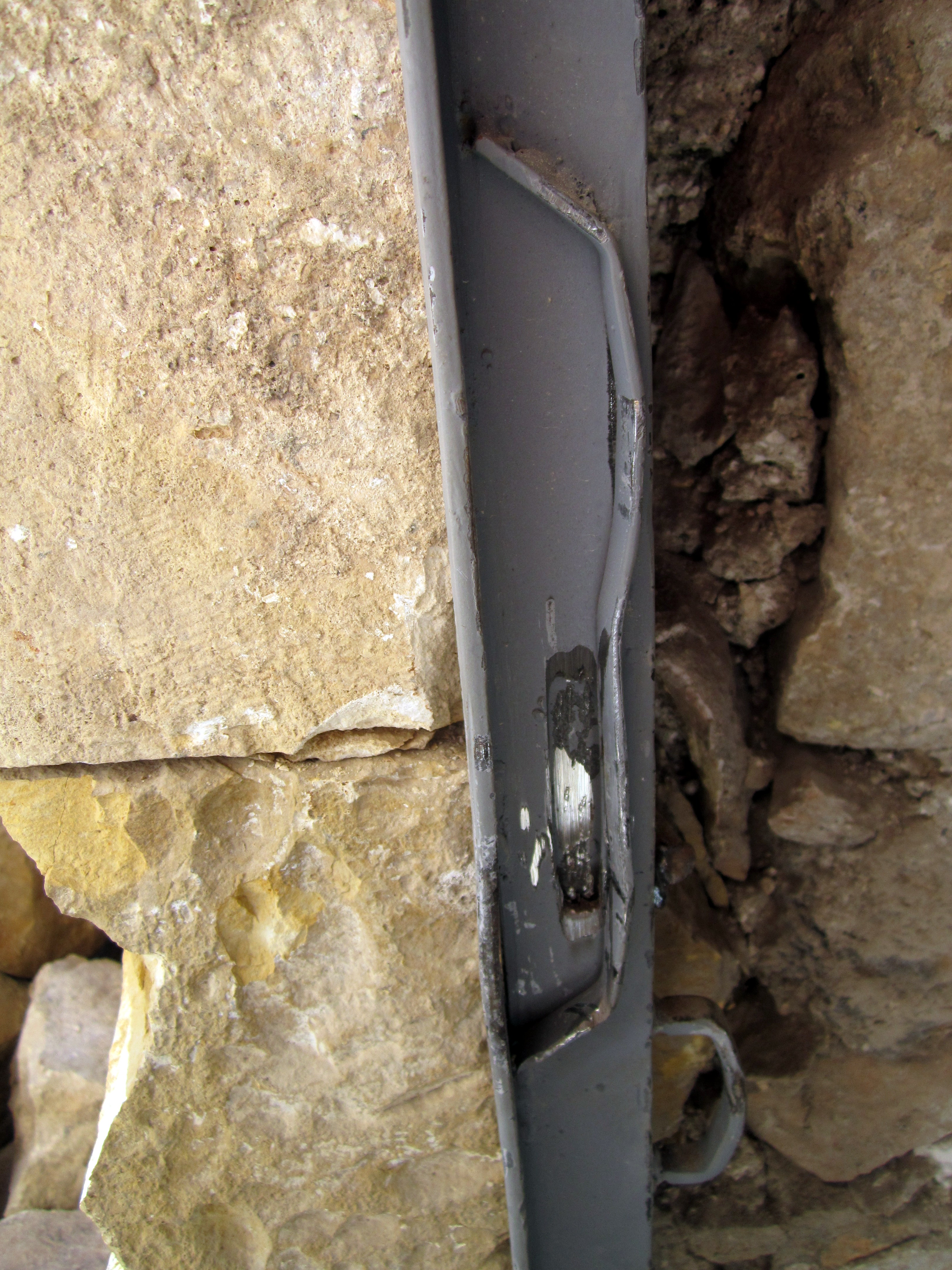 January, CPTers examined the entrances that the settlers damaged  to provide them access near the Ibrahimi Mosque/ Cave of Macpelah.  The Hebron Rehabilitation Committee had sealed these entrances with stone and concrete, which the settlers had begun to demolish.  The settlers also pried sealed metal doors off their hinges.

The CPTers learned that the Border Police accompanying the settlers had taken them through a private Palestinian family’s home to gain access the location, as well as trespassing across the roof of the Al-Atrash family with whom CPTers visited after inspecting the settlers’ damage to the entrances at the Sharif house.

The father of the family expressed fears for the safety of his thirteen children and is reluctant to leave his house because of incursions by settlers and soldiers.  (CPTers found out that the family included the four-year-old child whom a settler struck with his vehicle on 11 January 2013.)

If the settlers succeed in opening the door to the street that runs up to the Muslim side of the Ibrahimi Mosque, they will have access to place where they have previously been forbidden entry.  Furthermore, if they establish an ongoing presence at the site, the families living there will likely experience the sort of soldier and settler harassment that have caused families living near the settlements of Beit Hadassah, Tel Rumeida, and Avraham Avinu to leave the Old City.