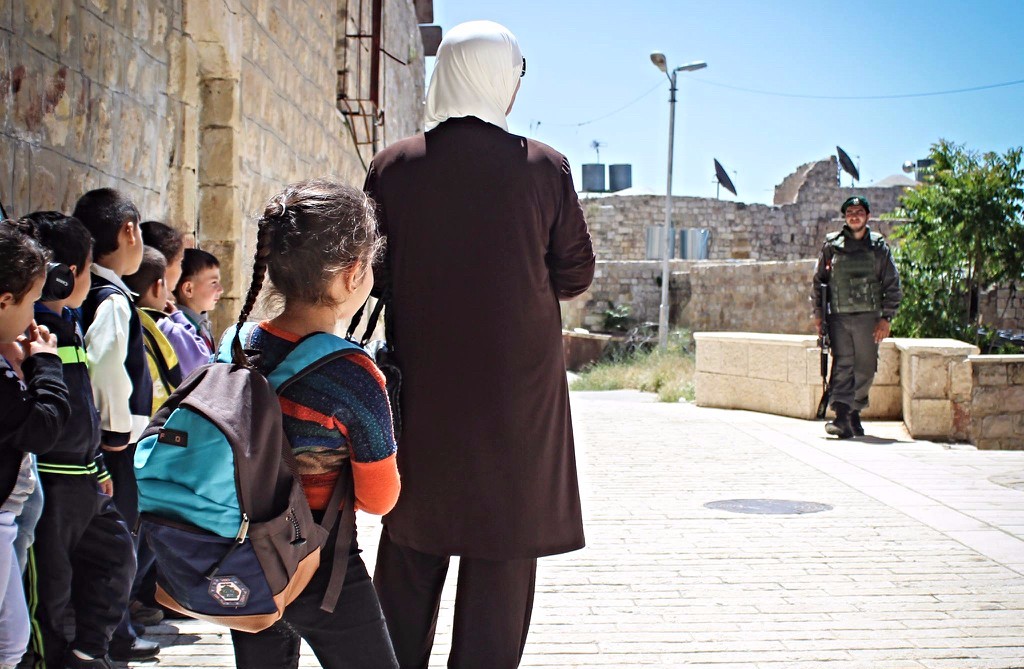 Part 2: Responsibilities of the Occupying Power

In Part 1 of this newsletter – available here -, we have discussed the applicability of the Geneva Conventions referring to the protection of the Palestinian civilian population living under Israeli military occupation. Political and diplomatic stands vary but nowadays, form the law perspective and the consensus of the international community, the applicability of the International Humanitarian Law is indisputable, in particular the IV Geneva Convention. We have briefly shown the controversy between the public image presented by Israeli diplomats, politicians and their allies with the clear position taken by the Israeli Supreme Court that recognizes the status of occupied territories and considers applicable the aforementioned normative body.
In this second Part we explore the responsibilities and obligations of Israel as the occupying power with respect to the civilian population. In particular, we focus on the realization of the right to education that every child, in times of peace or conflict, must be able to exercise and enjoy.

Obligations of the occupying power

Article 43 of the Hague Regulations prescribes the fundamental obligations of an occupying power. The Israeli Supreme Court of Justice ruled that this should be considered as a ‘mini-constitution’ of an occupation regime. The article indicates that the occupying power should take all the measures to restore and guarantee ‘public order and safety’, including all aspects of public life or civil life, with full respect to the local laws. The Israeli Supreme Court described in a judgment that the meaning of ‘public life’ includes ‘conducting proper administration on all its branches accepted nowadays in a well-functioning country, including security, health, education, welfare and also, inter alia, quality of life and transportation…’. The Court held the notion that ‘proper administration’ is that of a modern and civilized state at the end of the twentieth century – and not a society prevalent when the Hague Regulations were adopted. (Kretzmer, 2012)

The General Assembly and the Security Council of the UN produced a large number of resolutions broadening the protection of children in conflict situations and specifying concrete obligations of the belligerent powers. The obligation of the international community is to respect and ensure respect of those provisions.
General Assembly Resolution 64/290 on the right to education in emergency situations reaffirms “…that everyone shall enjoy the human right to education…” and recalls the Universal Declaration of Human Rights, the International Covenant on Economic, Social and Cultural Rights, the 1951 Convention relating to the Status of Refugees, the Geneva Convention relative to the Protection of Civilian Persons in Times of War of 1949 among others. It also highlights that the Convention on the Rights of the Child “…must constitute the standard in the promotion and protection of the rights of the child and that the requirements for the realization of the right to education, pertinent also to emergency situations…” Moreover, the General Assembly acknowledges that the protection of schools and the provision of education in emergency states should remain a key priority and urges the Member States to implement policies and strategies to ensure the realization of the right to education, respecting the obligation with the International Law and the International Law of Human Rights.
Domestic legislation must be adapted in order to combat impunity and to criminalize the attacks against “…buildings dedicated religion, education, art, science or charitable purposes…” considered to be grave violations of the Geneva Conventions and war crimes according to the Rome Statute of the ICC, article 8.b-ix.

In 1985 the General Assembly approved resolution 40/161 that reaffirms that a military occupation itself “…constitutes a grave violation of the human rights of the civilian population of the occupied Arab territories;” and condemns the “…continued and persistent violation by Israel of the Geneva Convention relative to the Protection of Civilian Persons in Time of War, of 12 August 1949, and other applicable international instruments…”. In particular, the resolution condemns a series of practices and policies executed by Israel like collective punishment, interference with the educational system and social, sanitary and economic development and interference with the freedom of movement of individuals. Security Council resolution 1998/2007 – unanimously adopted – further expands the protection of children in armed conflicts.
The 1994 Oslo Accords enabled the creation of the Ministry of Education within the newly created Palestinian Authority, developing the educational sector for Palestinian children. Enrollment in schools substantially increased, school construction and rehabilitation became a priority, and the Ministry of Education made progress towards greater inclusiveness in schools – particularly for girls and children with disabilities. The Ministry also addressed early childhood education programmes, as well as technical and vocational training. (EAPPI – WCC, 2013)
However, today thousands of children still face difficulties exercising their right to education due to the military checkpoints, the harassment and violence of solders and illegal Israeli settlers. Continuous conflict and the military occupation difficult – or even forbid – the proper access of children to the schools. Recurrent incursions of the military into the schools impose delays or early suspension of the class day. The use of teargas to quell spontaneous rock throwing towards the checkpoints has a great impact on the activities of the neighboring schools, affecting children and teachers. (DCI – Palestine, 2016) In only 8 months of the year 2012, there have been 12 registered incidents that impede or denied access to schools in the Gaza Strip and in the West Bank. As an example, hostilities in November 2012 damaged 43 educational facilities preventing 25000 children from returning to school. Another 285 school buildings suffered damage as a result of airstrikes. (UNICEF, 2012) (Education Cluster, 2014).

It is evident that the effects of war – in all its forms – are devastating and it is not possible to mention one armed conflict that has brought any positive outcome or common benefit to us as a species. Today, more than ever in human history, it is clear that war is not an expression of conflict but a modus operandi of the concentrated, authoritarian power and of war economics. Conflict is perhaps a face of our human nature but the ways we act and address conflict are certainly social, political and economic constructs. Never before in human history have we invested so many resources in the accumulation of war potential and in the development of new forms of combat and weapons. The outcome of these processes has never been a lasting just peace but a continuous growth of military tension.
In this context, the International Humanitarian Law plays a fundamental role providing a framework to limit damage. Unfortunately, the rights and their realization – justice – come often too late. It has been 49 years since the beginning of this military occupation – perhaps the longest in our modern history – which seems to have no end in the short term.
Having the apparent controversy debunked, the IV Geneva Convention, the Resolutions of the Security Council and the General Assembly of the UN are very clear with respect to the responsibilities of the occupying power with respect to the civilian population living under that rule. The occupying power is responsible for the maintenance of public order and the conduction and administration of the education system for all the children living under military occupation. The 1993 bi-lateral agreements known as Oslo Accord led to the creation of the Palestinian Authority that has, however, limited government capabilities. The effects and consequences of the persistent military occupation – which include severe restrictions to the freedom of movement, harassment from the military forces, illegal settlers and restrictions to get construction permits for new schools – prevent any possible realization of the right to education by the Israeli military authority nor the Palestinian Authority.
Although we have not discussed the applicability of other international treaties, it is important to keep in mind that both Israel (1991) and Palestine (2014) have signed and ratified the Convention on the Rights of the Child of 1989 and the International Covenant on Economic, Social and Cultural Rights of 1966. Moreover, the right to education has already been consecrated in article 26 of the 1948 Universal Declaration of Human Rights, which has become part of the consuetudinary law, therefore applicable regardless of the ratification status of other international treaties.
According to official reports, education facilities have been damaged or destroyed due to Israeli attacks. (UNICEF, 2012) (UNRWA, 2016) The Rome Statute of the ICC states that these practices are severe violations to laws applicable in times of armed conflict. Unfortunately, Israel has not ratified the Rome Statute which prevents the ICC prosecutor from investigate violations. In early 2015, the State of Palestine ratified the Rome Statute accepting the jurisdiction of the International Criminal Court allowing therefore investigations committed in its territory and by foreign – Israeli – forces.
The fate of the civilian population living under military occupation and in armed conflicts depends on the observation by the belligerent powers of the international treaties. But a large responsibility lies also in the hands of the international community as all the international human right treaties require respect of the rules and oblige all Parties to ensure respect.
A political and economic formulation is indispensable to prevent any belligerent actions from stepping into the pool of possible solutions of a conflict. The protection of life, the wellbeing and the guarantee of a fruitful future for children and their families is the fundamental mandate that we have, as human beings, imposed on ourselves.

Education Cluster, 2014. Case studies on protecting the right to education: the Occupied Palestinian Territory and the Democratic Republic of Congo, s.l.: Education Cluster.

Kretzmer, D., 2012. The law of belligerent occupation in the Supreme Court of Israel , s.l.: International Review of the Red Cross.